Memories of Twilight is a saga in which cyberpunk, robots, an advanced artificial intelligence… even space travel come together. A saga in which we could say that Tron meets Asimov’s Robots and Foundation.

Hey, wait! That sounds a bit like the world we live in right now, doesn’t it?

Now imagine that robotics also makes great advances and that there is an artificial intelligence on the Internet that seeks, above all, to learn. Be that as it may.

All this and much more is Memories of Twilight.

However, it is not a story closed beforehand. In fact, I never wanted it to be. This story was born rather to be told in a different way, in the form of small key snippets condensed into sets of stories. Each story will contribute pieces in the general puzzle of this chronicle of the twilight of humanity at the hands of their own creations.

Memories of Twilight is an experiment and an adventure. A science fiction story with a powerful unbridled artificial intelligence, robots of unthinkable capacity and humans increasingly dependent on technology.

Thus were born David and Billy, two programmers with an enormous responsibility behind their backs; Amy, an artificial intelligence very well designed (perhaps too well); Home Robots, a company dedicated to the manufacture of human-looking robots . . .

I invite you to join me on this journey that begins right now.

I devoured it twice today. The first time I read it during my lunch break at work. The second I used adaptive technology and listened to it on my way home from work. . . . In some ways the story reads like classic science fiction. It called to mind Frank Herbert’s stories The Green Brain and The Eye's of Heisenberg. . . . A great story that will start you thinking, and one that you will not easily be able to stop thinking about. Very well written! I give it a solid 5/5 stars and encourage you to give it a try.
Steven R. McEvoy
Transfer Complete is a short story that is equally entertaining, intriguing, and terrifying. This imaginative science fiction story, about a world where artificial intelligence takes control, is a fantastic read. I loved the way the story unfolds, through smaller stories featuring different characters. This serial format that the author uses is very effective. I look forward to reading more. Fantastic job!
L. Wahl
Transfer Complete 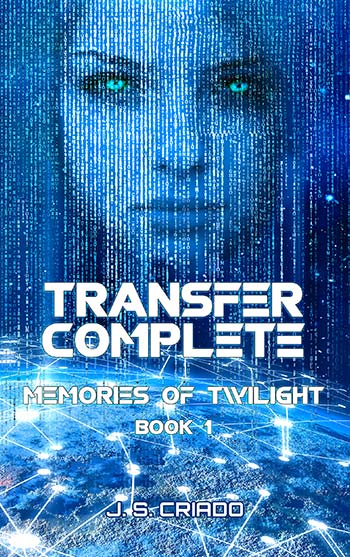 The beginning of the saga. In a historical moment very similar to ours, two programmers, David and Billy, create a very special artificial intelligence with the objective of clearly passing the Turing test. But the result will go far beyond their expectations and force them to make a decision that will change their lives forever. 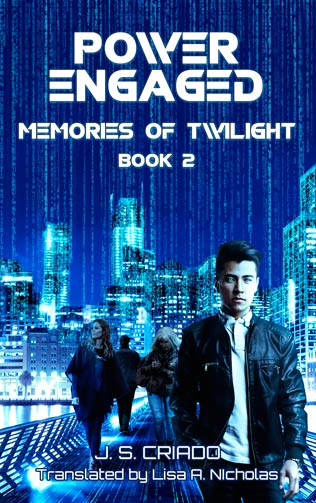 Where is the boundary between human and robot?

After Amy, the artificial intelligence, is out of control, Billy and David conceive a crazy plan to try and stop her on her own turf.

Now Billy and David, from cyberspace, will be an exceptional witness to the expansion of Amy’s control both within and outside the Network.

Meanwhile, in the real world, robots begin an escalation of rights as the boundary between human and robot becomes increasingly blurred.